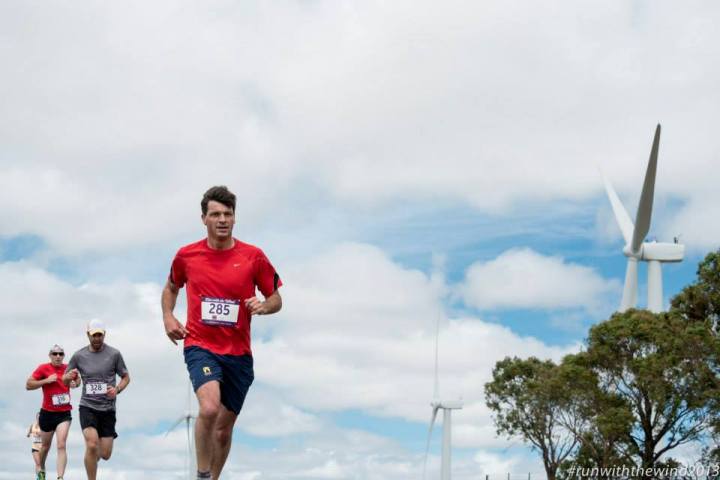 At the weekend, Infigen Energy hosted its second annual Run With The Wind event at the Woodlawn wind farm. This year’s fun run around the 23 wind turbines near Bungendore, New South Wales attracted 600 participants–including the Liberal Member for Hume, Angus Taylor.

Angus Taylor’s participation in the event is somewhat of a surprise given his track record of bagging wind energy.

Taylor is the poster child of the clandestine anti-wind farm site Stop These Things. The site’s anonymous bloggers laud Taylor for his wind bashing. They describe the member for Hume this way:

Angus “the Enforcer” Taylor has just slammed his pro-wind power opponents to pick up the seat of Hume in NSW. Angus takes up where the “faultless former Member for Hume”, Alby Schultz left off. 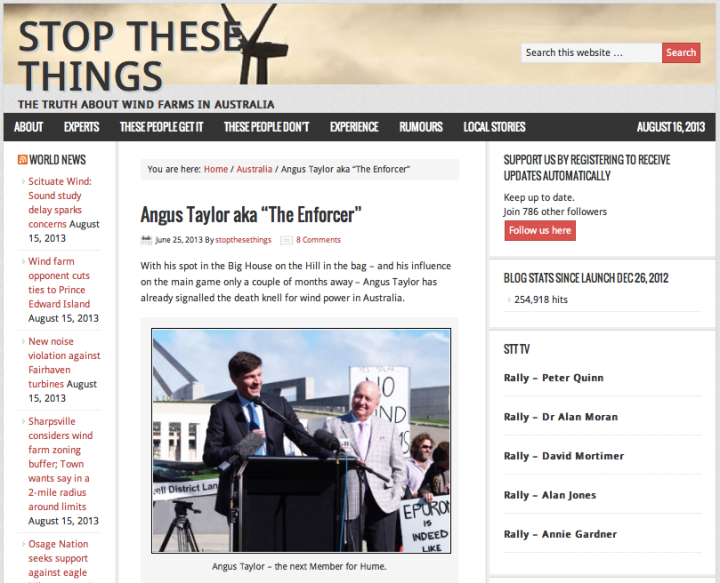 The last time Taylor appeared at a wind energy related event, it was the lacklustre anti-wind farm rally in Canberra (June, 2013). Despite all the rhetoric of a huge turnout sending a powerful message to federal politicians, the anti-wind farm campaign barely mustered one hundred people.

In contrast, six times as many people turned out to Run With the Wind — a clear indication as to where the public stands on wind energy.

Yes 2 Renewables commends Angus Taylor for participating in the event. Run with the Wind allows the public to get up close to these gentle giants and familiarise themselves with the renewable energy technology. While it’s too early to tell, we hope Taylor’s participation is a sign that he has turned over a new leaf on wind energy.

One thing that’s we can be certain about… Taylor’s fun run would have taken the wind out of the sails of Stop These Things.

Do you think it’s great that Angus Taylor participated in Run with the Wind? Well, why don’t you let him know… Give the member for Hume a pat on the back:

32 thoughts on “PollieWatch: Angus Taylor runs with the wind”