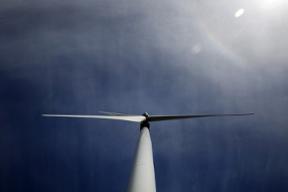 That support is in doubt. Prime Minister Tony Abbott’s government plans to get rid of the Australian Renewable Energy Agency to save A$1.3 billion ($1.2 billion). The agency, which this week provided A$11.3 million to fund a solar project at a Rio Tinto Group mine in Queensland state, is seeking to increase the use of clean energy in diesel-powered regions.

“ARENA was quite helpful in trying to prove the technology, so that is a concern to us that the government funding might disappear,” Pryke said May 21.

Declining wind and solar power costs and rising diesel prices are making alternatives more attractive to companies that have traditionally relied on fossil fuels to power their operations, according to an Ernst & Young LLP report earlier this year. Still, the pace of introducing clean energy to the mining industry has been slow, it found.

“There’s a potential pipeline of projects out to 2020,” Pryke said, adding that it’s unclear what impact the ARENA decision will have on the company’s plans. “There is one project in particular that we are very actively involved in.”

Siemens is among companies behind Vestas Wind Systems A/S (VWS) with the biggest shares of Australia’s wind turbine market. Siemens expects the Snowtown II wind farm in South Australia state with TrustPower Ltd., a New Zealand electricity retailer, to be completed just before the end of the third quarter, he said. That’s earlier than the initial target of November.