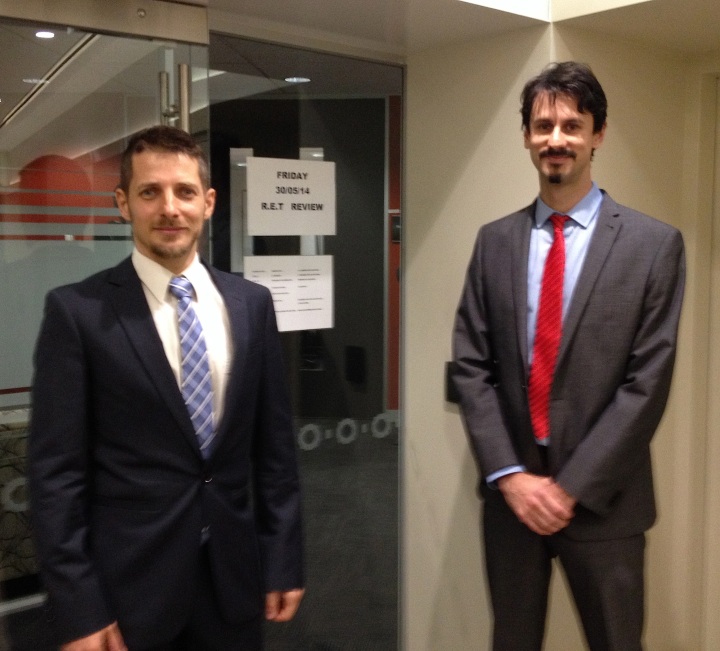 In Melbourne today, Friends of the Earth met with the Warburton review of the Renewable Energy Target. We attended the meeting in good faith to raise concerns regarding the review process.

Based on the responses, we can only conclude that the Warburton review is not credible. It is deeply compromised.

Friends of the Earth have a track record of engaging constructively with governments in the policy process, even when the odds are stacked against good outcomes for our environment. In this case, it appears the review is leading to a predetermined outcome to weaken the Renewable Energy Target.

The review is led by climate change sceptic Dick Warburton and panel members with close connections to the fossil fuel sector. There is no renewable energy sector representation. The review is only modeling a scenario that assumes no carbon pricing or equivalent mechanism will be in effect between now and 2030.

As a matter of principle, we could not take part in a box ticking exercise when peoples’ jobs and action on climate change are on the line.

Friends of the Earth, who are undertaking an 11-stop fact-finding RET Review Road Trip to get a real understanding of how energy policy affects communities, say today’s meeting confirms public skepticism about the process.

The Warburton review has been referred to as ‘ideologically driven’ and a ‘witch hunt.’ It is fair and accurate to say, that for many in the community, the review lacks public confidence.

The Abbott government has no other choice but to disregard the findings of the Warburton Review and instruct the Climate Change Authority to commence their own investigation, as required by legislation.

Below is a statement, questions, and concluding remark that was presented to the Warburton Review panel in Melbourne this morning.

Statement to the Warburton Review:

The Review of the Renewable Energy Target is about Australia’s energy future. The outcome the review will have impacts for communities across Australia.

What’s at stake are peoples’ jobs, their health, and their aspirations. It also impacts billions of dollars worth of investment and the development of new industries.

The fact that this review is occurring has already affected investment in renewable energy.

Since April, Friends of the Earth have visited seven communities around Victoria—places that have a positive story to tell about renewable energy or have been adversely affected by fossil fuel pollution. This has taken us to Hepburn, Morwell, Portland, Ararat, Hoppers Crossing, Anglesea and Brighton.

We’ve sought to put on the ground community engagement at the centre of our investigation into energy policy as a counterpoint to the limited community consultation options available in the Warburton Review of the Renewable Energy Target.

What we’ve heard is overwhelming support for the Renewable Energy Target from a range of stakeholders.

On one hand, the mayors of Ararat Rural City and Northern Grampians Shire who joined us in Ararat see renewable energy as a huge economic opportunity. A proposed wind farm in their region will create jobs, investment and drought-proof income—but only if the RET remains unchanged.

On the other hand, on the literal coalface, we met with residents of Morwell and Anglesea who continue to endure the worst impacts of fossil fuel pollution.

As part of Friends of the Earth’s work in rural Victoria, we’ve heard that people don’t want to see unconventional gas industries in their communities, with seven towns already declaring themselves gasfield-free with almost unanimous support in community surveys.

We have also heard directly form community members that this review of the Renewable Energy Target lacks credibility. The review has been referred to as ‘ideologically driven’ and a ‘witch hunt.’ It is fair and accurate to say, that for many in the community, this review lacks public confidence.

We’re here today to present some of these concerns.

Questions for the Warburton Review:

Mr Warburton, skepticism in anthropogenic global warming is a fringe viewpoint, not accepted by any government in the world or scientific agency. Of course you are personally entitled to hold these views, but it does call into question your ability to objectively evaluate evidence, and therefore, your appropriateness to head the review of Australia’s flagship climate change mitigation policy.

In light of your position and the inadequate responses that we’ve heard today, Friends of the Earth can only conclude that this review is not credible. It is compromised.

With respect to the other organisations who are here today in good faith, Friends of the Earth will not be a party to a flawed process. Please excuse us.

42 thoughts on “The Warburton RET Review: Why we walked…”