Australian Prime Minister Tony Abbott has strayed beyond his area of expertise by lending weight to unsubstantiated claims wind energy is linked to adverse health impacts.

“Prime Minister Tony Abbott’s statement on the alleged health impacts of wind farms are out-of-step with the the view of public health experts,” said Leigh Ewbank, Friends of the Earth’s renewable energy spokesperson.

“Prime Minister Tony Abbott is not a doctor and should defer to the experts on the matter.”

“There are now 24 reviews by credible bodies, such as the Australian Medical Association, that show wind energy is clean and safe.”

Prime Minister Abbott admitted to Alan Jones that his government has actively sought to stifle the wind energy sector.

The Prime Minister said his government’s Renewable Energy Target deal would “reduce the growth rate of this particular sector as much as the current Senate would allow us to do.”

Friends of the Earth say the Prime Minister has shown his true colours on renewable energy.

“The Prime Minister’s admission proves once and for all that his government’s energy policy is ideologically driven,” said Leigh Ewbank.

“The Abbott government’s anti-renewable energy agenda has damaged our economy, killing off investment and jobs in a lucrative new sector.” 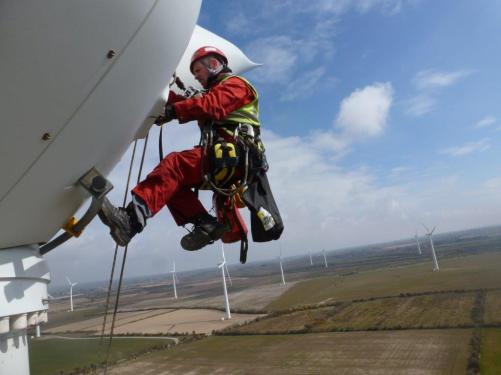 Data from the Australian Bureau of Statistics and Bloomberg New Energy Finance quantified the impact of the Abbott government’s attack on renewable energy:

“Renewables energy investment has collapsed by 90 per cent and 2,500 jobs have been lost on PM Abbott’s watch,” said Leigh Ewbank.

“It’s time for the government to end it’s attack on wind energy and the RET so Australia’s renewable energy sector can grow and create jobs.”