As the VCAT hearings on the Cherry Tree Range wind farm proposal is scheduled to resume at the end of the month (September 27), another Infigen wind farm has received the tick of approval from a planning commission.

The PAC’s approval of the Bodangora wind farm shows that planning authorities base their decisions on credible research, not pseudoscience claiming that wind farms harm human health.

Given that there are 19 reviews by credible health bodies that show wind farms are clean and safe, the PAC’s decision to approve the wind farm is no surprise.

Friends of the Earth would hope VCAT take the ruling of the PAC into account when deciding the fate of the Cherry Tree Range proposal. END_OF_DOCUMENT_TOKEN_TO_BE_REPLACED

On August 17, Leigh Ewbank of Yes 2 Renewables was a proud guest presenter at the BEAM-Mitchell Environment Group‘s annual general meeting. The event featured presentations on local food and biodiversity links within the shire, and was attended by three local councillors keen to find out more about the group.

Late last year, Yes 2 Renewables and the BEAM-Mitchell Environment Group partnered up to fight back against an anti-wind farm scare campaign. Out-going vice president of BEAM, Peter Lockyer, had the following to say about the partnership: END_OF_DOCUMENT_TOKEN_TO_BE_REPLACED

ONE OF the first questions science writers get asked is: what is your favourite field to write about? I usually say behavioural zoology, but I am at heart a physicist. I retain some elements of the view that produced such arrogant statement’s as Rutherford‘s claim that:

“physics is the only true science, all else is stamp collecting”.

I do not believe this, but I do indeed believe that chemistry is, at base, a specific application of physics. Biology, in my view, is a specific application of chemistry (plus a little direct physics). One of the things that leads to it is the conclusion that the most well established laws of physics take precedence over anything some might claim about biology, particularly medicine.

This is why I regard homeopathy as evil nonsense, while I am fairly open minded about lots of other “alternative” medical theories. For homeopathy to work as anything more than placebo, most of what we think we know about chemistry and a lot of physics must be deemed wrong. There’s no other option.

One of the most basic principles of physics is the inverse square law.

For anything that obeys this law, and that is an extensive list, doubling your distance from a source reduces your exposure by a quarter. In some cases it’s more complex than that. Some things can bechanneled or obstructed – the shape of the sea floor can mean an island further away from the source of a tsunami is harder hit than one closer in – but a simple inverse square relationship is almost always the starting point.

I’d say this wasn’t rocket science, except you’ve got Buckley’s chance of understanding the behaviour of rockets without grasping the inverse square law.

The idea of “wind turbine syndrome” doesn’t stack up against the science. END_OF_DOCUMENT_TOKEN_TO_BE_REPLACED

Published by The Conversation. View the original article.

By Fiona Crichton, University of Auckland 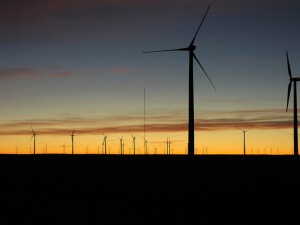 A surge in health complaints linked to wind farms could owe more to increased discussion of health risk than the low-level sound generated by the actual turbines, according to a new study.

The study by University of Sydney’s Professor Simon Chapman shows health complaints in Australia were rare until reports emerged about the purported health risks of living close to wind farms.

Increased numbers of people reporting symptoms linked to turbines could be explained by public warnings about health effects triggering the complaints; a phenomenon known as the nocebo effect.

This occurs because such information can create health concerns and related symptom expectations, priming people to notice and negatively interpret common physical sensations and symptoms.

In an experimental study published this week in Health Psychology, our experimental team tested the potential for information about the alleged health risks presented by wind farms to trigger symptoms reports. END_OF_DOCUMENT_TOKEN_TO_BE_REPLACED

Research conducted by the University of Sydney shows that communities throughout Australia start to register complaints when the anti-wind brigade come to town.

University of Sydney researchers found that Australian communities were healthy and happy to live with wind farms for a decade, before there were any so-called ‘wind turbine sickness’ complaints (see page 12). END_OF_DOCUMENT_TOKEN_TO_BE_REPLACED

The anti-wind farm campaign showed an ugly side to its character at the weekend when Randall Bell, President of the Victorian Landscape Guardians, threatened to “break” Premier Dennis Napthine’s arms if he overturns the state’s retrograde wind farm laws.

In a Herald Sun report on the prospect of Premier Napthine “easing” anti-wind farm laws imposed by his predecessor Ted Baillieu, Randell Bell issued the following warning: “If Dr Napthine reneges on that policy, I’ll break his arms.”

The violent rhetoric of Mr Bell is troubling. Threatening the Premier is just the latest nastiness to come from some in the anti-wind farm campaign.

Violence against elected officials, and any citizen for that matter, is intolerable. This type of violent, bullying rhetoric must stop before someone gets hurt. END_OF_DOCUMENT_TOKEN_TO_BE_REPLACED

This article was originally published at The Conversation. Read the original article. 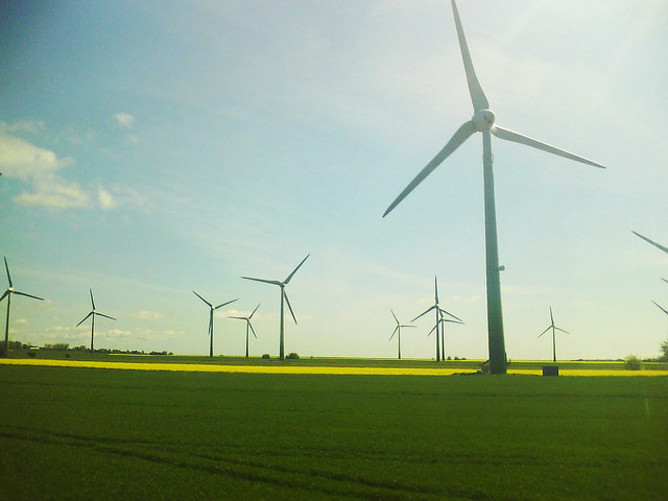 By Simon Chapman, University of Sydney

Back in July I wrote an article for the The Conversation arguing that wind turbine syndrome was a classic “communicated” disease: it spreads by being talked about, and is therefore a strong candidate for being defined as a psychogenic condition.

Wind farm opponents repeatedly argue that turbines cause both rapid and long-gestation health problems. At the time the article was published I’d counted 155 health problems that had been attributed to wind farms including cancer, hemorrhoids, weight loss, weight gain and death. The list now stands at 198.

On Sunday, I received an emailed letter of response from Sarah Laurie, Australia’s most prominent proponent of the view that wind turbines cause health problems in people exposed to them. She circulated the letter widely and it ended up on the anti-wind farm action website, WindWatch.

Here is my point-by-point response to Laurie’s claims and questions. END_OF_DOCUMENT_TOKEN_TO_BE_REPLACED

It’s spring in the quiet sheep-farming hamlet of Waubra, an hour’s drive northwest of Ballarat in Victoria. With the shearing done and the crops in, local farmers have turned to a bit of springtime mending. Not fences, but the town’s image. After three years saddled with the negative legacy of the “foundation” that stole their name, local farmer, Karen Molloy, says the community is fighting back with a bumper festival. END_OF_DOCUMENT_TOKEN_TO_BE_REPLACED

THERE are very few health symptoms these days which anti-wind power activists and suggestible and anxious residents have not at some point blamed on those spinning steel turbine blades.

According to a list compiled by Simon Chapman, the University of Sydney’s Professor of Public Health and much-awarded enemy of the tobacco industry, wind farms have been blamed for more than 180 different symptoms including weak bladders, cancers, weight gain, weight loss, herpes, kidney damage and, in one case, a woman having not one, but five menstrual periods in a single month.

Apparently, wind farms also cause chickens to be hatched with crossed beaks (and eggs being laid without yolks), cats to produce small litters, horses to get club feet and crickets to disappear.

Chapman noted recently at The Conversation that in Australia health complaints about wind farms have been relatively recent, despite some wind farms having been in operation for almost 20 years. In one area, Chapman said complaints had only been made after “a visit to the area by a vocal opponent, spreading anxiety”. END_OF_DOCUMENT_TOKEN_TO_BE_REPLACED 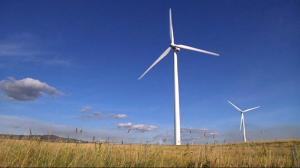 Chapman’s article is a must read for those who are growing tired anti-windfarm lobbyists and technophobes using a fictional illness to thwart urgently needed renewable energy projects.

The full article is cross posted below…