Late last year, Senator John Madigan dispatched staffers to South Gippsland to stir up the community about the Bald Hills wind farm. Yes 2 Renewables responded to the visit, pointing out that claims of ‘excessive wind farm noise’ are speculative given … END_OF_DOCUMENT_TOKEN_TO_BE_REPLACED 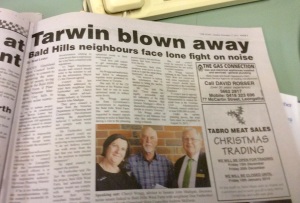 Such claims are speculative at best. They make big assumptions about the sound of turbines that haven’t even been built. Yet this speculation is nothing new in the wind energy debate.

Fear mongering about the sound of wind farms championed by Senator John Madigan–a politician with a track-record of anti-wind activism–is part of a larger campaign. The other side of the coin is a scare campaign alleging wind farms make people sick.

Despite a lack of credible evidence, anti-wind farm groups persistently link wind turbines to a bizarre collection of 234 diseases and symptoms. All this hysteria promoted by wind energy opponents is having real impacts. Academic research shows it’s the anti-wind farm fear mongering that’s causing some to experience adverse health impacts, not the turbines. END_OF_DOCUMENT_TOKEN_TO_BE_REPLACED

The Bald Hills wind farm near Tarwin Lower will consist of 52 wind turbines with a total output of 106.6 MW. It will join nearby wind farms in Toora and Wonthaggi.

Wind energy is Victoria’s key renewable energy resource. Wind farms have a significant role to play in Australia’s energy mix as it transitions from fossil fuels to renewable energy sources.

Wind energy is central to our efforts to address climate change. Once operational, this farm will produce enough clean electricity to power 52,000 Victorian homes and avoid 315,400 tonnes of carbon emissions each year. END_OF_DOCUMENT_TOKEN_TO_BE_REPLACED 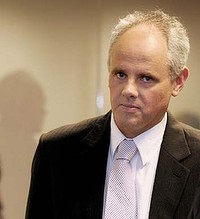 Since entering the Australian Senate in July 2011, lone Democratic Labor Party senator John Madigan has emerged as a staunch opponent of wind farms. The Senator’s anti-wind farm position is articulated clearly in a short policy statement published on the DLP’s website.

Those of you who follow the wind energy debate closely will spot the whoppers a mile off. For those of you who are new to the debate, wind energy observer Mike Barnard has published a thorough debunking of Senator Madigan’s position at Renew Economy.

Barnard’s article addresses the claims listed below with forensic detail. But before you read on, I’d like to remind Victorian readers that you are one of Senator Madigan’s constituents. If you are troubled by the Senator’s position on wind energy, you are entitled to let his office know about it. The Office of Senator Madigan can be contacted in the following ways:   END_OF_DOCUMENT_TOKEN_TO_BE_REPLACED

The Baillieu government has done its best to hide its distaste for renewable energy since introducing the anti-wind farm planning amendment VC82 almost a year ago. Last Friday, the first cracks in the Coalition’s public position appeared when the Victorian Civil and Administrative Tribunal (VCAT) found Minister for Planning Matthew Guy had not responded to information provided by wind energy company Mitsui in ‘reasonable time.’

VCAT’s determination on the Department of Planning’s handling of the Bald Hills wind farm project application reveals what appears to be a deliberate attempt by the government to slow down wind energy approvals process. “The only conclusion that can be drawn,” says Friends of the Earth campaigns co-ordinator Cam Walker, “is that the government is acting to frustrate wind energy development.” END_OF_DOCUMENT_TOKEN_TO_BE_REPLACED