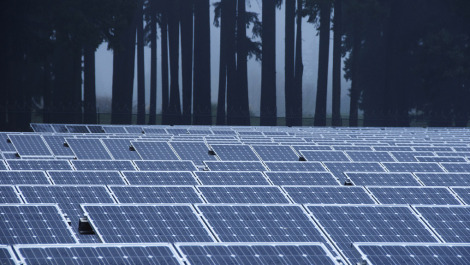 Whereas Europe had dominated annual growth for years up until 2013 (10 years, to be precise), solar PV growth was much more evenly split last year, and China actually topped the tables.

END_OF_DOCUMENT_TOKEN_TO_BE_REPLACED

Renewables account for more power generation than ever before, as 2013 saw lower costs and higher profitability

Renewable energy is generating a greater share of the world’s electricity than ever before, as costs fall and profitability rises, according to a report released Monday.

“The fact that renewable energy is gaining a bigger share of overall generation globally is encouraging,” said Achim Steiner, the U.N. under-secretary-general and executive director of the United Nations Environment Program (UNEP).

The overall amount of investment in renewables dropped $35.1 billion in 2013 but researchers cautioned that was partly due to falling costs of solar photovoltaic systems. The other main cause was policy uncertainty in many countries, an issue that also depressed investment in fossil fuel generation in 2013.

Countries don’t need to invest as much money in green technology to get returns, according to the report, Global Trends in Renewable Energy Investment 2014, by the Frankfurt School-UNEP Collaborating Center for Climate & Sustainable Energy Finance, UNEP and Bloomberg New Energy Finance.

“While some may point to the fact that overall investment in renewables fell in 2013, the drop masks the many positive signals of a dynamic market that is fast evolving and maturing,” Steiner said.

Last year was the end of a nearly five-year decline in clean energy stocks, according to the report, as investors learned of lower costs and higher profitability in many solar and wind companies.

China led global investment in renewables in 2013, beating Europe for the first time, according to the report. A solar boom in Japan led to an 80 percent increase in renewable energy investment there.

Without clean energy, which accounted for nearly half of new generating systems in 2013, last year’s carbon emissions would have pushed the world 12 percent further away from the 2020 emission reduction targets scientists say are necessary to avert climate disaster.

“A long-term shift in investment over the next few decades towards a cleaner energy portfolio is needed to avoid dangerous climate change, with the energy sector accounting for around two-thirds of total greenhouse gas emissions,” Steiner said.

The results of the report should give governments the confidence to embark on plans to cut emissions by investing in renewables before the 2015 climate change conference in Paris, Steiner said.

Governments should be “doubling down on clean energy not just for its environmental benefits, which are urgently needed, but also for the economic development,” Greene said. “The countries that win the clean energy race will control the future.”

END_OF_DOCUMENT_TOKEN_TO_BE_REPLACED 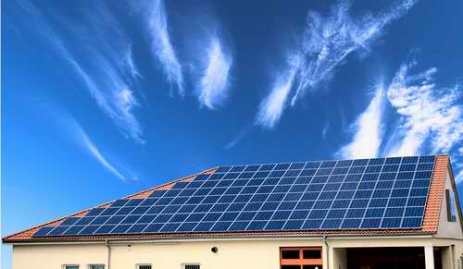 This article was written on the 11th March 2014 by our friends at Solar Citizens.

Need more information on the renewable energy target, solar and how it all works? You’ve come to the right place!

Here are some facts amd talking points on the RET:

How did the Renewable Energy Target help me go solar?

If you have solar, the renewable energy target helped you make that move. You might not have even known it – the RET provided a subsidy from the Federal Government that lowered the cost of your installation.

How is the RET important for helping others go solar?

Over 3.5 million Australians have solar on their roof, and that number is growing. Millions many more families want to make the move, but without a strong renewable energy target, it will be more expensive to go solar. In such a sunny country, solar just makes sense – producing not only clean energy but also helping families take power over their bills. We need to continue this growth.

Who are the Australians that have solar?

Over 3.5 million Australians are living with solar on their roof. That’s over 1.1 million homes powered by the sun. Support for solar cuts across all demographics and political affiliations. In fact, most Australians who have solar are in rural and regional areas, or postcodes where median incomes are low.[1]

How many jobs does the RET create?

Keeping the RET will help the growing solar industry. In 2013, over 18,000 Australians were employed in the solar industry across 4,000 small to big solar business. These are local jobs that are all across the country – including in remote and regional areas across the country. A recent study found that scrapping the RET could cost up to 7,000 jobs.[2] Additionally, there are over 7,000 jobs in the growing wind industry that would come under threat if the RET were to change.[3]

How much investment is the RET bringing to Australia?

The Renewable Energy Target has already attracted $18.5 billion in new investment to Australia by national and international companies in large solar and wind projects because these investors feel confident in our renewables policies.[4] Changing the RET would mean a reduced investment in Australia – which means less jobs, less industry and much more.

How does the RET impact on power bills?

The RET is cheap. The RET is a tiny fraction of your energy bill – on average 3% of the total bill. In contrast, gold-plating the grid (unnecessary spending on the poles and wires) make up about 70% of your bill.[6]

How does the RET reduce the cost of electricity?

Not only is the RET a small portion of your bill, but renewables – including solar – are reducing the wholesale price of electricity. South Australia was the only state where power price fell last year, this is credited to the fact that over 30% of their energy is produced by solar and wind.[7]

That’s why we need to take a stand today. We need to protect and expand the RET.

END_OF_DOCUMENT_TOKEN_TO_BE_REPLACED

Original article posted at the AWEA.

Washington, D.C. — American wind energy generation has outpaced the growth in new wind power capacity thanks to innovative technological advancements. Over the past five years, U.S. wind energy capacity grew from 25,000 megawatts (MW) to over 61,000 MW, a 140 percent growth rate, yet electricity generated from these wind turbines grew at a rate of 200 percent, exceeding capacity growth and making wind energy cheaper than ever.

The increasing performance and production of wind turbines is the result of technological innovation and operational improvements, which has effectively driven down the costs and allowed development to occur in lower wind speed regions. Advancements undertaken by manufacturers include designing taller towers and turbines with longer and lighter blades allowing rotor diameters to exceed 100 meters, larger than the wingspan of the largest commercial jets. The power of the wind is directly proportional to the swept area of the blades, so an increase in rotor diameter has spurred development in low and medium wind speed areas and has added to the efficiency of existing sites. END_OF_DOCUMENT_TOKEN_TO_BE_REPLACED

Solar, energy efficiency, and public transportation created the highest number of green jobs in America last year, according to the second annual Clean Energy Works For Us report from Environmental Entrepreneurs (E2). END_OF_DOCUMENT_TOKEN_TO_BE_REPLACED

First, the good news — break out the champagne! The overwhelming majority of new U.S. electrical capacity is coming from wind and solar, according to the Federal Energy Regulatory Commission. FERC just released its monthly analysis for February, and the Sun Day campaign, a research and advocacy organization promoting sustainable energy, summarizes the findings:

END_OF_DOCUMENT_TOKEN_TO_BE_REPLACED 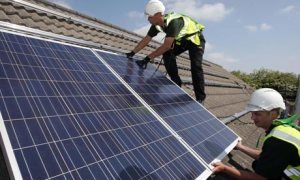 The original article was published by Reneweconomy on 10th March 2014 and written by Sam Parkinson.

The 5 million people with Solar PV and/or Solar hot water systems are helping lower the cost of electricity, and create jobs, according to this graphic released by Australian Solar Council. END_OF_DOCUMENT_TOKEN_TO_BE_REPLACED

A new study reveals America’s largest grid operator could exponentially increase the amount of solar and wind electricity on its system, while lowering consumer costs and emissions, without negative effects on reliability. END_OF_DOCUMENT_TOKEN_TO_BE_REPLACED