“ARENA’s support for big solar will create 2,300 direct jobs and secure investment in regional communities. This alone shows why the Turnbull government and Shorten opposition should reject proposed funding cuts to the agency.”

The 12 solar projects that won the backing of ARENA will unlock billions in private sector investment and triple Australia’s large-scale solar generation–contributing towards the bipartisan Renewable Energy Target for 2020.

The announcement comes at the Federal Coalition government proposes to strip ARENA of up to $1.3 billion in the name of “budget repair.”

“Cutting funding for ARENA would be an act of economic vandalism and is out of step with PM Turnbull’s vision of an ideas boom,” said spokesperson, Leigh Ewbank.

“Retaining ARENA’s funding will create jobs and help Australian innovators compete on the world stage. Something both the Turnbull government and Shorten opposition can support.”

“ARENA is an essential funding source for Australia’s cleantech innovators. Any cuts to the agency will diminish competitiveness in booming renewable energy and cleantech markets.” 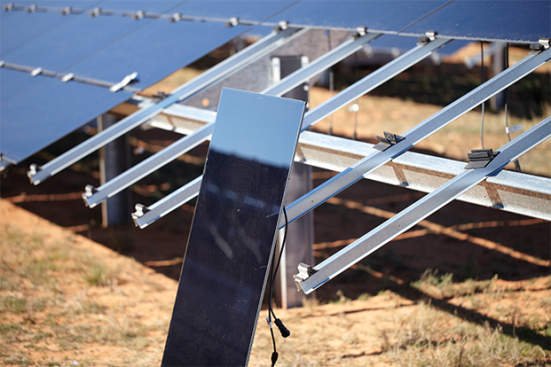 Friends of the Earth says Victorian and South Australian manufacturers stand to benefit from the boom in big solar unlocked by ARENA’s strategic invetsments.

“Manufacturers such as IXL Solar, with operations in Salisbury and Geelong, retooled to fabricate parts for big solar plants,” said Ewbank.

“A pipeline of new solar projects offers a lifeline for manufacturers who are looking for opportunities as the Australian auto sector winds down.”