Friends of the Earth welcome the Andrews government’s long-awaited announcement of a 100 megawatt renewable energy purchase, saying it’s a sign of bigger things to come.

Friends of the Earth estimate the wind farms at Kiata near Horsham and Mount Gellibrand near Colac will create an estimated 96 construction jobs and 10 ongoing positions for the 30-year life of the projects.

Flow-on economic benefit to the community from construction is expected to be in order of $2.4 million. 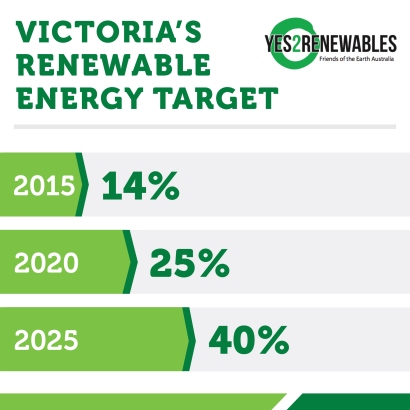 The organisation says this announcement is a fraction of the benefits that will come from hitting state government’s ambitious renewable energy goal of 40 percent by 2025.

“Victorians are tired of the tribalism at Spring St and want the opposition to show bipartisanship when it comes to renewable energy, jobs, and climate change.”