The Andrews government has recently announced their Renewable Energy Roadmap, which has been welcomed by many who see the need for state-based leadership on renewable energy policy.

Federally, the Abbott-led Coalition has cost Australia’s renewable energy sector dearly. On the Prime Minister’s watch, investment has collapsed by 90 per cent and over 2,500 people working in the sector have lost their job. 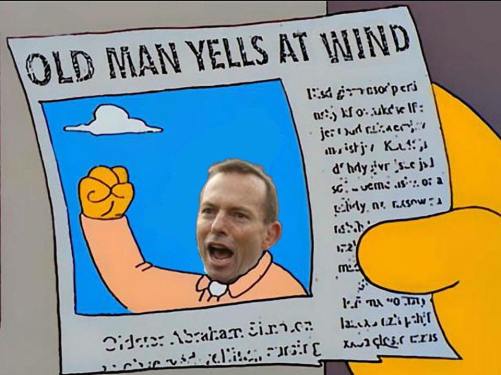 The state government’s commitment to growing the Victorian renewables industry and supporting job creation is a good start, and according to the prolific Tweeter Andrew Laird, paves the way for further opportunity in transitioning away from coal:

The fact that the Andrews government is developing a “road map” for the renewable energy industry (Age 21/8/15) is a rare bit of good news at a time when the Abbott government appears hell bent on destroying investment and jobs in the sector.

The news also comes at an opportune time with alarming reports today that July was the hottest month on record worldwide, with 2015 on track to become the hottest year on record globally.
We have a great opportunity in Victoria to make a strong contribution towards emissions reductions, while cleaning up dangerous coal air pollution and boosting investment and jobs.

What responsible government in its right mind would not want this trifecta etched into its political record for posterity?

The Andrews government has already breathed new life into the wind energy sector through removing the worst parts of the Baillieu government’s anti-wind laws. The commitment to a VRET and a renewable energy action plan builds on that leadership. 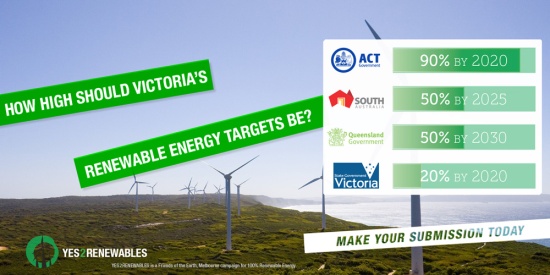 The government will finalise state Renewable Energy Targets for 2020 and 2025 later this year. It can look at where other states are heading to ensure we pick the target that’s right for Victoria.

Ambitious renewable energy targets will create jobs, unleash investment, and encourage action on climate change. This is something all Victorian political parties can support.

If you’d like to join our call for the government to lift the ambition of Victorian Renewable Energy Targets, here are some simple steps you can take…