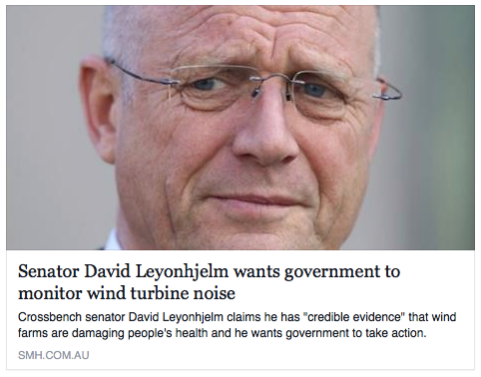 The last week has seen a full scale assault on the wind energy sector that is already destabilised by the Abbott government’s ongoing attacks.

The demonisation of wind energy continues with a letter from Minister Greg Hunt showing that the government proposes a ‘Wind Commissioner’ and a research body which will sustain uncertainty for the sector.

What feels like a continuing satirical troll from the Abbott government, the Wind Commissioner would be in charge of monitoring ‘harmful’ infrasound levels that apparently affect the health of those living around the operating turbines.

The impact of the anti-wind campaign has been documented by University of Sydney Professor of Public Health, Simon Chapman. 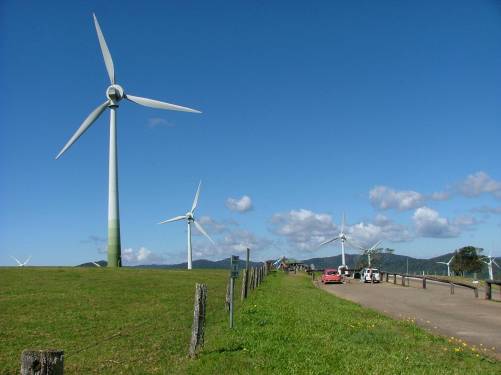 One study conducted by Chapman and colleagues found that of the 32,677 people living within 5km of Australia’s wind farms, just “…120 – or one in 272 – of them have ever made formal complaints, appeared in news reports or sent complaining submissions to government.”

Dr Ben Elliston, a University of NSW academic had the following to say about the offensive on wind in a letter to the editor published in The Age (June 17, 2015):

Clive Banson (Letters, June 14) omits some details in claiming that wind farms are “about as far from the genuine passive generation of electricity as you can get”. Wind farms do require significant amounts of steel and concrete in their construction,  but this needs to be considered rationally in the context of a full lifecycle analysis.

Lifecycle analyses of wind turbines carried out over the past decade have found that the energy payback of wind power ranges from three to nine months, depending on various factors, the quality of the wind resource being the most obvious one.

Banson also claims that wind turbines will be left abandoned in paddocks. In first mover countries, such as Denmark and Germany, where turbines are now reaching the end of their economic life (after 20 years), wind farms are being repowered with new turbines.

These sites were originally chosen for their exceptional wind resource. Combined with the substantial performance improvements of turbines in the past two decades, these sites will be very attractive to future wind farm developers.

Wind energy is under attack. Not only from Prime Minister Tony Abbott, but a from hostile senate inquiry into wind farms. Here are some simple ways you can show your support for wind energy, jobs, and action on climate change.