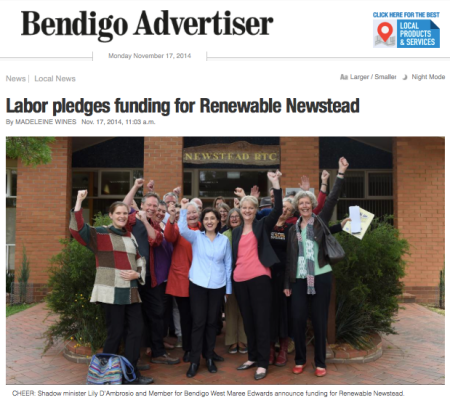 Friends of the Earth welcome the appointment of Lily D’Ambrosio as Victoria’s Minister for Industry, Energy and Resources and Lisa Neville as Minister for Environment, Climate Change and Water.

“With the appointment of Lisa Neville, Victoria once again has a climate change minister who will take the portfolio seriously. The Napthine government’s neglect for climate change will come to be seen as its biggest failure.”

The Andrews Labor government is committed to removing barriers to renewable energy development in Victoria. It will repeal the worst aspects of the Coalitions anti-wind farm laws.

“Minister D’Ambrosio has the opportunity to make Victoria the number one state for renewable energy investment and jobs,” adds Walker.

“The priority for the new government is to develop a proactive plan to kickstart the construction of renewable energy projects. There are over 1,000 wind turbines already approved in the state. Victoria needs a plan to get them built.”

A November 2014 report by the Climate Council revealed Victoria has gone from a leader to a laggard when it comes to renewable energy and has lost 3,000 jobs in recent years. 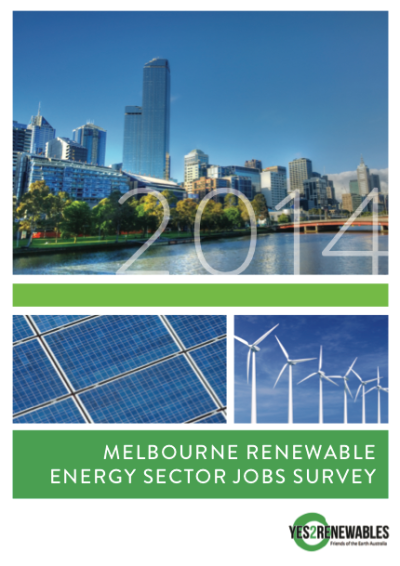 Hundreds of jobs have been cut in south west Victoria at turbine tower maker, Keppel Prince, and electrical contractor, R&M Menzel. A new Friends of the Earth analysis found Melbourne’s renewable energy firms cut nearly one in ten jobs over the last year.

“The new government will have to act quickly to restore prevent the renewable energy sector from dying on the vine.”

With the federal government failing the renewable energy sector, it is now up to Victorian politicians to step up and fill the gap. A Victorian Renewable Energy Target that operates alongside the national scheme should be on the table.

“A Victorian Renewable Energy Target scheme would help alleviate the impact of Prime Minister Abbott and Denis Napthine’s failure of leadership. It will unleash investment and create jobs.”

“Victoria is at risk of being left behind in the booming clean-tech economy. Inaction is not an option.”