The Napthine government’s Victorian Jobs in the 21st Century policy has been released a day after the Labor party opposition’s jobs plan identified renewable energy as a growth sector.

In 2011, the Coalition government implemented the world’s most regressive laws for wind farms. The anti-wind farm laws which cost the state:

The Victorian Labor Party and The Greens have pledged to rip up the anti-wind farm laws that have cost jobs and investment in regional Victoria.

Clean Energy Council analysis shows there is potential for 6,400 renewable energy jobs in the state — 750 in the Premiers own electorate. Renewable energy company Keppel Prince is the second largest employer in Portland which is located in Denis Napthine’s seat.

Victoria’s economy can benefit from the shift to renewables, but only with political leadership. It’s time for the Premier to put jobs first.

Friends of the Earth have called on Premier Napthine and opposition leader Daniel Andrews to make a Victorian Renewable Energy Target a central plank of state energy policy.

Credible jobs policy will drive investment in renewables. And the best way to do that is a Victorian Renewable Energy Target. 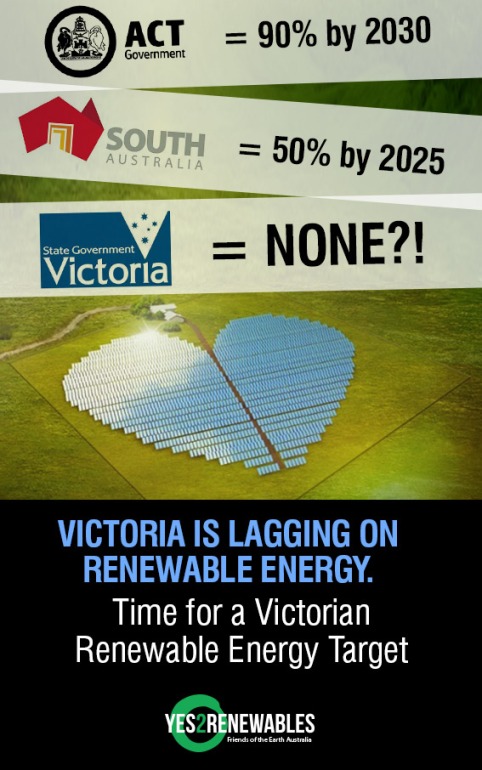