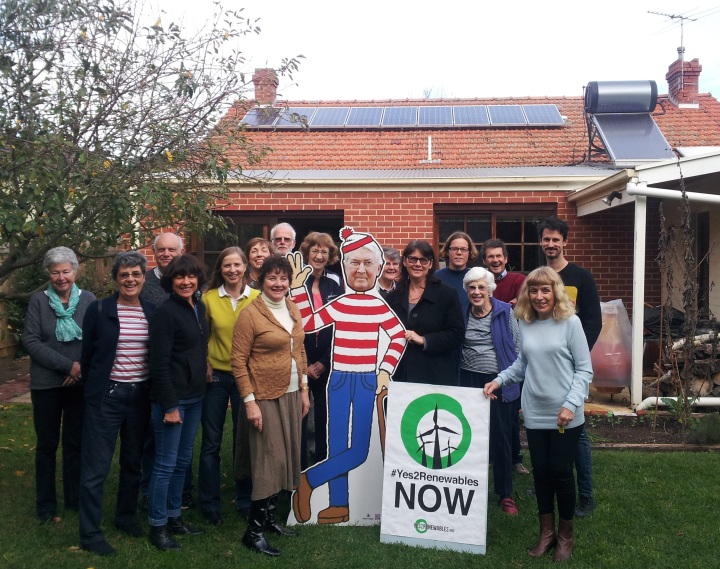 In the last week of May, Friends of the Earth visited solar homeowners in affluent bayside suburb of Brighton East.

We had previously visited Victoria’s leading solar suburbs of Werribee, Hoppers Crossing and Point Cook. Our trip to Brighton East was to get a sense of what people in a long-standing Liberal seat think of the Warbuton Review and Australia’s energy future.

It turns out that there isn’t really any difference between the two. Like the residents of Melbourne’s western suburbs, the people we spoke with in the seat of Goldstein – the seat held by senior cabinet minister, Andrew Robb – see renewables as the future. The people we spoke with don’t want politicians to weaken the Renewable Energy Target.

Upon arriving at the Coats household in Brighton East we were presented with the inverter and a quick briefing on how much electricity the rooftop solar set up had produced to date. 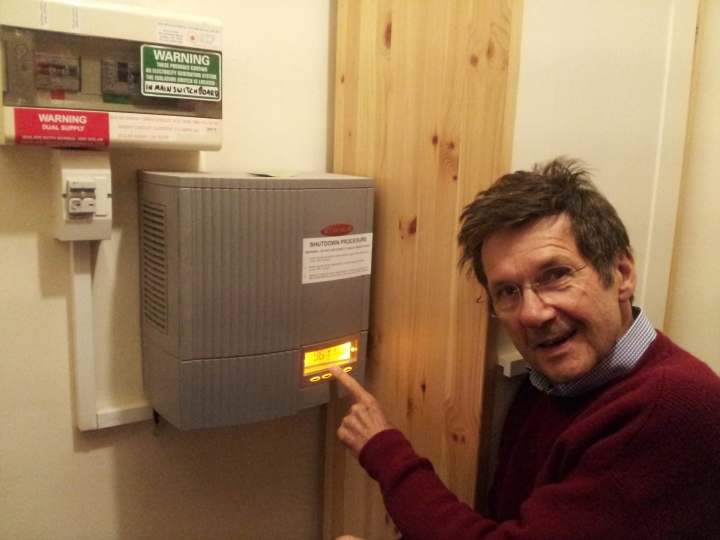 The Coats’ 1.5kW solar energy system has made the home a suburban a clean energy power station. For the past five years, it has covered all of the household’s electricity needs.

“It’s fantastic knowing that we never have to worry about another electricity bill. In fact, our energy company owes us,” said Mrs Coats. “It also gives us a lot of pleasure to know that we’re producing our own clean energy and feeding it back into the grid for other people to use.”

Every solar homeowner I meet has an immense pride about their solar system. There’s a sense of achievement in generating your own energy and acting to address climate change. And, let’s not forget the power bill that is now perpetually in credit.

There are an estimated 2,792 solar homes in the seat of Goldstein. Solar has delivered $1.56 million worth of savings on power bills to those who have panels. In the wake of the Victorian government’s decision to reduce the feed-in tariff for solar, the Small-scale Renewable Energy Scheme (SRES) is the next best support mechanism for those with solar aspirations.

It is these values and benefits that the Warburton review of the Renewable Energy Target threatens to take away from Australia’s aspiring solar citizens.

Some energy companies, such as AGL, have argued for scrapping Federal support for solar in their submission to the Warburton Review. The removal of the SRES will hit the solar sector hard.

In a presentation to the 2014 Solar Energy Conference, CEO of Green Energy Trading Ric Brazzale said the removing SRES would increase the cost of photovoltaic systems by up to 37 per cent. Such an increase would defer the payback period for a PV system from 7.3 years to ten years. Brazzale’s presentation states this will have a “material impact on the level of installations” which are estimated to fall between 40 and 50 per cent.

Accounting for these factors and it becomes clear that weakening the Renewable Energy Target is a recipe for political pain. Particularly for a government bleeding support due to the unpopular budget.

The Renewable Energy Target also enjoys strong public support across party lines. Polling by Essential Research shows 64 per cent of Australians think the target is ‘about right’ or ‘not high enough’. When it comes to Coalition voters, a clear majority of 56 per cent fall into the pro-RET camp.

Will the government implement the recommendations of the Warburton Review?

The decision will pit the members of government with a strong ideological opposition to renewable energy against the pragmatists who are aware of the changing political landscape.

The Warburton review panel was selected to serve a political agenda: To lay the foundation for weakening the Renewable Energy Target. Yet, incidentally, it’s the Warburton Review gives the government a way out of this situation.

The public increasingly view the Warburton review with scepticism. The panel has failed to conduct meaningful community consultation and refused Friends of the Earth’s invitation to joint the fact-finding RET Road Trip. With a climate sceptic leading the review, panel members with strong links to the fossil fuel industry, and one panel member now facing conflict of interest claims, it makes sense why there’s no public confidence in the Warburton review.

Weakening the Renewable Energy Target will be a highly unpopular move that will have material impacts on Australians and business. Will the Abbott government throw sound political judgement out the window and wind back support for renewable energy? We’ll find out later in 2014.