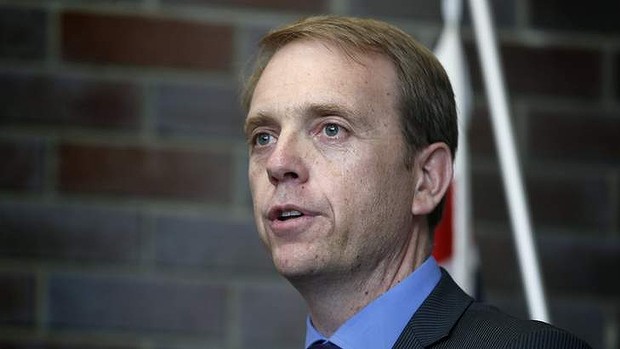 ACT energy minister Simon Corbell knows he should have no problem attracting many competitive bids for his government’s “reverse auction” of wind energy capacity later this year.

Numerous wind farm developments in the regions surrounding the ACT have been waiting for the opportunity to proceed with their projects. The one big element that has been lacking has been policy certainty, and therefore the lack of power purchase agreements and bank finance. The ACT, by offering a fixed 20-year tariff for 200MW of wind capacity bid at the lowest price, provides that certainty.

As RenewEconomy noted in our report yesterday, developers are so desperate for contracts that bidding is likely to be better than previously thought. The federal government, and its effective freeze on renewable investment, has done the ACT and its consumers a favour. “We are in a buyers’ market,” Corbell told RenewEconomy in an interview.

What is less clear, however, is how the ACT will deal with the vocal and influential “antis” in the surrounding districts where the wind farms will be built. The anti-wind position of many conservatives – along with pressure from state owned and private utilities to protect revenues – has been one of the key elements behind the government’s refusal to provide clarity on renewable energy.

Canberra’s surrounding regions are represented by the likes of federal MPs Angus Taylor (Hume) and Peter Hendy (Eden-Monaro) and state MLAs Katrina Hodginson and John Barilaro (Monaro) – all members of the Coalition and all who have either campaigned openly against wind farms, or do not support any new projects. Some of its most prominent “anti” residents include Tony Abbott’s business advisor, Maurice Newman, and Tony Hodgson.

“There is no doubt that this is a sensitive issue,” Corbell told RenewEconomy. “There are also some vocal and high profile opponents. But there are not just antis. I think there is a lot of support in those communities and the polls tells us that. But that doesn’t mean everyone supports wind farms.”

Corbell says he has written to all 16  mayors of neighbouring local government districts and would be willing to meet anyone to explain the policy framework, and why the ACT was investing in wind, and how it could reduce emissions, although he said it was not his place to justify or otherwise planning consents and other issues which were the province of the NSW government.

Corbell says the abatement achieved by the ACT through its 90 per cent renewables program will be additional to the national target, because the ACT proposes to “retire” the renewable energy certificates.

As for the health impacts: “I will simply say, again and again, what the respected, peer-reviewed scientific literature tells us; which is that there are no health impacts with wind farm operations.

“But that does not diminish the importance of a social licence to operate.”

The ability of project developers to engage with the community will be an important part of the criteria for the auction outcome, which will not be set on price alone. Around 20 per cent will be judged on community engagement and

Local development is also a key criteria. It was perhaps not a coincidence that Windlab announced on the same day the establishment of a wind institute in Canberra that will develop wind engineering expertise and a database.

One conservative voice very much in favour of the ACT initiative is the NSW parliamentary secretary for renewable energy Rob Stokes, who described the move as “bold and innovative.”

”From a NSW government perspective, we acknowledge that this provides some wonderful opportunities for jobs and investment in regional parts of NSW that could really do with those opportunities,” Stokes said in Canberra. Although the Canberra Times also quoted him as saying: ”We have learned that an ill-advised project can actually do damage to the industry more broadly.”

Stokes was in Canberra for a meeting with pp to 100 delegates at the South East Region of Renewable Energy Forum, which aims to drive cross-jurisdictional cooperation and investment throughout the south east NSW–ACT region.

“The region’s abundance of renewable energy resources and the forward vision of local industry stakeholders is driving investment and vital employment opportunities,” Stokes said. “NSW supports a diverse, efficient and affordable energy mix through a planning process that listens to and reflects the wishes of local communities.”

Still, Upper Lachlan Shire mayor John Shaw told the Canberra Times that the wind farms proliferating in his region were dividing the community. And judging by the feedback to that article, the resistance – inwill be vocal.

The ACT has re-assessed the amount of renewable energy it will need to meet its 90 per cent target by 2020. It is now at 490MW – down from an original estimate of around 600MW – and will include around 380MW of wind energy, about 90MW of solar (including the recently announced solar park), and around 20MW of waste to energy.

“Wind does the heavy lifting,” Corbell said. “Solar and waste to energy make up the balance.”

Corbell says the entire initiative will add a maximum of $4 to household bills per week. But he says this is a conservative estimate and likely to come in well below that, particularly with some competitive pricing in the upcoming wind auction.

Also, an energy efficiency initiative launched by the ACT is designed to reduce household bills by at least $4 a week, meaning that the carbon reduction and clean energy initiative will be cost neutral to households, or could even provide a benefit.

Corbell is not so certain that the next meeting of state and federal ministers will be as cordial. Corbell says there has not been a sufficient focus on renewable energy policies, what can be achieved on the ground, and the benefits in past meetings.

“The forum tends to focus on so-called negative aspect of renewables, and the need for more fossil fuel generation, “he said.

“I’m hopeful that at the next meeting, I will be able to provide an update of what is happening in the ACT – the focus on the achievability and the costs of the initiative. And to highlight the uncertainty that exists at the federal level. What the ministers make of that is up to them.”

Note: It was interesting to see that the ACT announcement received little or no interest from the mainstream media, apart from the Canberra Times and the ABC. Is it that the size of the investment (probably north of $400 million) is not significant, or it’s just not the “preferred” industry. Go figure.

2 thoughts on “ACT ready to tackle “wind antis” head on”