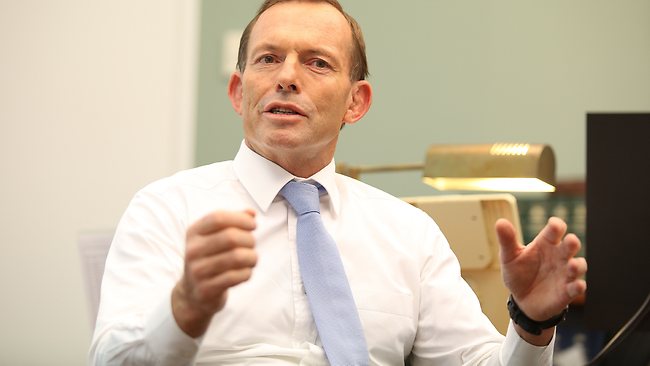 The Abbott government has ignored all previous evidence on the matter to announce yet another review of wind energy and human health.

According to The Canberra Times, the Abbott government will pursue an ‘independent program’ investigating wind energy and health, even though a report by the National Health and Medical Research Council (NHMRC)  has been completed and is awaiting ministerial sign off.

Is another review needed? Here are a few points to consider…

There’s already a wealth of independent knowledge on wind energy and health. There are now 19 reviews by credible health bodies which show wind farms are clean and safe.

In 2010, Australia’s authority on medical health research, the NHMRC, published a rapid review of wind energy and health. It concluded:

There are no direct pathological effects from wind farms and that any potential impact on humans can be minimised by following existing planning guidelines.

In May 2013, the Victorian Department of Health released a review on the subject, concluding:

There is no evidence that [wind turbine] sound which is at inaudible levels can have a physiological effect on the human body. This is the case for sound at any frequency, including infrasound.

(Victorian Premier Dennis Napthine’s decision to chip in $100,000 to fund the Abbott review suggests he doesn’t have confidence in the Victorian Department of Health.)

State planning bodies have joined these public health authorities with the assessment that wind energy is clean and safe. In 2013, the New South Wales Planning Assessment Commission and Victorian Civil and Administrative Tribunal dismissed wind energy/health scare claims when they approved the Bodangora and Cherry Tree Range wind farms.

Decisions in the real world are being made on the back of existing research. Planning bodies wouldn’t approve wind farms, nor would developers  build them if there was a risk to the public.

2. The NHMRC has a new report ready to go

The NHMRC has completed a review of wind energy and health. The review is reportedly sitting on the desks of Environment Minister Greg Hunt, and Energy Minister Ian MacFarlane.

Announcing a new review while keeping the NHMRC’s findings secret looks suspicious. The government will have to make the report public or it will once again face charges of secrecy and cover up. These charges have plagued Immigration Minister Scott Morrison and ‘Operation Sovereign Borders’ since taking office in September 2013. And they could spread to the energy and environment portfolios.

If the Abbott government sweeps the NHMRC report under the carpet, it’ll be on its way to a trend of secrecy—which is obviously a disadvantageous reputation for any government.

The Abbott government’s announcement satisfies the wishes of the anti-wind farm Liberals who are ideologically opposed to renewable energy.

The Prime Minister’s hand-picked business advisor Maurice Newman is staunchly opposed to wind energy. Mr Newman has threatened to take legal action against farmers who install wind turbines near his rural property in Crookwell, NSW. Newman will well-known for tirades against wind farms; the popular Howard government policy, the Renewable Energy Target; and denying the science of climate change.

The links between Australia’s most active wind farm opposition group, the Waubra Foundation, has links to the Liberal party. Former Liberal politicians Michael Wooldridge and Alby Schultz hold positions at the organisation. The foundation has frequently argues for more research on the subject. And that is what the Abbott government is delivering.

4. Anti-wind strategy of doubt and delay

Anti-wind activists have a track record urging more research, while ignoring the 19 reviews who show wind energy is clean and safe.

High-calibre research conducted by the NHMRC and Victorian Department of Health costs hundreds of thousands of dollars out of the public purse. It also diverts limited public resources from investigating real public health issues.

Why waste more taxpayer money on another study when wind farm opponents have already made up their mind?

5. Australians have made up their minds on wind energy

It’s puzzling that a Prime Minister who has suffered a significant drop in support in the polls would stall the popular wind energy sector.

It’s in the interest of Prime Minister Abbott to pursue policies that reflect mainstream public opinion. Yes 2 Renewables urge the PM to listen to the Australian public, rather than kowtowing to radical fringe opinion.

The Abbott government’s decision to undertake another investigation into wind farms and health is unnecessary. It benefits Liberal party mates and anti-wind farm campaigners at the taxpayers’ expense.

Last year we tried to help Tony Abbott understand wind energy with a detailed look at the technology. In light of recent comments, here’s another go: 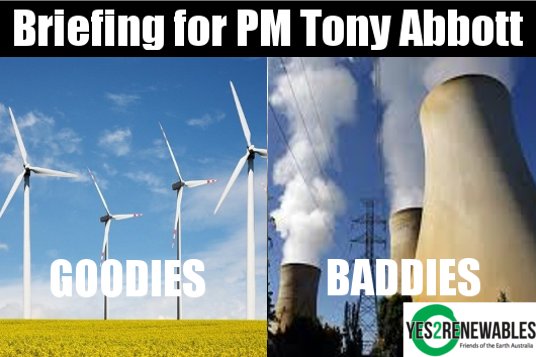