SECURING AUSTRALIA’S FUTURE: As the Commission of Audit reviews government activity and spending, The Conversation’s experts take a closer look at key policy areas tied to this funding – what’s working, what’s not and where current funds are best spent.

What does it mean to cut “waste” and “excess” in government climate change programs?

To answer this question, the Commission of Audit needs to consider what these programs should be trying to achieve. After all, pursuing efficiency for efficiency’s sake would be a rather reckless response to an issue that the World Economic Forum and International Monetary Fund have respectively described as a top five global risk and “one of the world’s foremost policy challenges”.

As temperatures rise to levels unprecedented in human existence, scientists and world-renowned economists are telling us the world needs to rapidly cut its emissions.

The longer we wait (and we’ve already wasted a lot of time), the more difficult and expensive it becomes to avoid dangerous warming. And so too does it become more challenging to cope with the impacts of global warming, such as an increased risk of extreme weather.

So, what are we doing in response?

There’s certainly evidence that some of these programs have been working well. As a result of our Renewable Energy Target, for example, we’ve installed and built more renewable energy power. The government’s Clean Energy Finance Corporation has been able to stimulate so much private investment in clean energy technology that it is helping Australia cut its emissions while making money for taxpayers (and yet it is about to be scrapped).

But, on the whole, could these goals be achieved more efficiently?

Work has already been done to find out whether and where there’s inefficient double-up in state and federal policies.

Since late 2007, federal and state governments have been working together to ensure that state climate change programs don’t duplicate those at the federal level. In fact, the Council of Australian Governments (COAG) completed a thorough review of all state carbon reduction and energy efficiency programs as recently as March this year. The purpose of the review was to:

…fast track a rationalisation of programs that are not complementary to a carbon price or are ineffective, inefficient or impose duplicative reporting requirements.
States have already made significant cuts to their programs and policies or determined that there’s no overlap. So, is it necessary for the commission to investigate further? 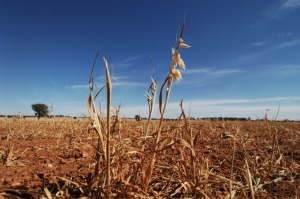 At the federal level, there has been a consistent effort to weed out underperforming or redundant programs, including by the Australian National Audit Office. Following the introduction of the carbon price and the Clean Energy Future package, for example, many smaller programs and funding schemes were scrapped on the basis that they were no longer necessary.

In 2011, the numerous grant programs for renewable energy – previously administered by different departments – were streamlined and made the responsibility of single agency, the Australian Renewable Energy Agency (which has now had its funding cut).

In this sense, reforms to ensure that “taxpayers receive value for money for each dollar spent”, as per the terms of the audit, have already been underway for a while.

The government plans to conduct a departmental review of the Renewable Energy Target in 2014 and of Australia’s targets to reduce greenhouse gas emissions in 2015.

But the Climate Change Authority – an independent, expert, government body – has already worked tirelessly over many months, consulting extensively with the public and industry to review both of these areas. For all the talk of “strategic cuts”, it’s unclear how repeating this work would be an efficient use of public funding.

The Coalition government also intends to introduce climate initiatives of its own under the Direct Action Plan. These will not commence until after the audit has been completed.

The centrepiece of the Direct Action Plan is an Emissions Reduction Fund which pays polluters to take on projects to reduce their emissions. The government has claimed this “reverse auction”, “carbon buy-back” scheme will be much simpler to administer than the carbon price.

But a bureaucracy of considerable size would be needed to make it work: at the very least, to assess and select project proposals, develop methodologies to measure and verify emissions cuts, ensure projects meet government contracting requirements and to monitor and impose penalties on polluters that increase their emissions.

Studies estimate that to meet Australia’s minimum (and paltry) 5% emissions reduction target under this scheme, the government will have to pay polluters billions of dollars. This is far more than the government has budgeted.

It will be taxpayers who fund the emissions cuts (in contrast to the carbon price, which makes polluters pay for their emissions). It’s worth pausing to consider how consistent this is with the principles guiding the commission that “government should live within its means” and the Australian government “should have respect for taxpayers in the care with which it spends every dollar of revenue”.

The economic, social and environmental risks associated with climate change are daunting. Effective government action is necessary to ensure Australia is well prepared to face those risks and is reducing its contribution to the problem in the first place.

For this reason, it is in the public interest to have impartial, apolitical expert advice feeding into policy development and reform. So, keeping the advisory body, the Climate Change Authority, is a top priority.

But what about efficiency?

Improving the efficiency with which climate programs are administered has its place as part of an effort to improve Australia’s climate policy, but cost-cutting measures are not an end in and of themselves.

With the risk of “cataclysmic changes” on our doorstep, short-term savings made by scrapping climate programs and retrenching experienced public servants in the name of budget goals are illusory: we will have to pay them back in the future when the costs of responding to climate change will be much higher and the dangers much greater.

One thought on “Securing Australia’s future: energy and climate change”