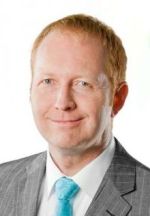 Leader of the Victorian Greens, Greg Barber (MLC), has welcomed the approval of the Cherry Tree Range wind farm in a statement to the Legislative Council.

I was pleased to see that the Victorian Civil and Administrative Tribunal (VCAT) has now approved a wind farm in the Seymour area known as the Cherry Tree project, put together by Infigen Energy. Of course it was not without its difficulties, as every one of the radical anti-wind groups, backed by their mates in the Liberal and The Nationals parties, did everything they could to try to stop this project. All the evidence against wind farms has now been tested to a legal standard of proof by VCAT, which made the following finding in relation to both New South Wales and Victorian health department advice that there was:

… no compelling evidence, and indeed no expert evidence at all that was capable of being tested, that would justify the tribunal adopting a view that is opposed to the clearly stated opinions of the public health authorities. Those opinions are underscored by the currently stated position of the NHMRC.

It is time that The Nationals and Liberal members stopped feeding this anti-scientific campaign and in fact supported the development of wind farms across Victoria. They say they support it, they mouth those words, but in practical terms they have thrown every obstacle they can at the development of renewable energy, which of course creates jobs and prosperity across Victoria’s regional areas. (Hansard)

While the Victorian Greens are the only party to welcome the approval given to the Cherry Tree Range wind farm, we know where the Coalition and Labor party stand.

The Coalition government, on the other hand, remains hitched to its backwards wind energy policy. The government’s planning laws have cost the state jobs, investment and renewable energy capacity.

All available public polling shows Victorians want more wind farms. The renewable energy technology is consistently ranked among the top three in terms of preferred energy sources.  Political parties who support wind energy will have an edge in what is shaping up to be close election in 2014.

BEAM stood up for a wind farm in their region. Sign the petition to stand with them!