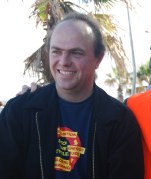 It’s long been a favoured wish of many environmentalists to go off the grid, to be self-sufficient in energy and other services, and avoid the corporate utilities and their coal-powered electricity. The ambition for freedom from energy bills and fossil-fuel electricity is understandable.

I was born and lived until the age of eight in an off-grid Queenslander farmhouse. We didn’t even have a telephone. The most energy intensive technology we had was a kerosene-powered refrigerator which we ran some of the time. Of course, living far from the city, we were able to use wood for heating and cooking. Living off-grid was easy enough if you didn’t mind the low-tech lifestyle.

And now in the age of relatively cheap solar panels (which weren’t around in the 1970s), you can live off the grid and use a huge battery attached to a large array of solar PV (photovoltaic) panels, to maintain a hi-tech lifestyle on clean solar energy.

But for many, the large batteries needed are still too expensive, so the idea of going off-grid still rests on heavy use of firewood or even bottled fossil gas for the most energy intensive household services: space heating, water heating and cooking. Having lots of people transfer from using fossil-powered electricity to bottled fossil gas and/or firewood is just exchanging one set of environmental problems for another.

The Zero Carbon Australia Buildings Plan (PDF), published in July by think-tank Beyond Zero Emissions and the Melbourne Energy Institute, has outlined why energy efficiency is still such an important step for homes (and all buildings).

The efficiency measures are a combination of old-style, low-tech common-sense (draught sealing, insulation, double glazing) and more modern technological innovation: for example, it will be news to some that heat pumps, i.e. reverse-cycle airconditioners, are far more energy-efficient heaters than a fossil-gas burning wall furnace or ducted heater (and are a favoured option for hot water heating, as well).

Some common house types, such as a brick-veneer concrete slab home in Melbourne, could typically reduce energy use by 70% if they adopted the suite of measures suggested by the Buildings Plan.

That kind of efficiency certainly makes it much easier to run a home off solar. The Buildings Plan found that homes across Australia could generate, on a net annual basis, more energy than they would use – just from PV installed on the available roof space.

If your home is remote, far from the electricity transmission lines, it could already make good financial sense to set up a large solar PV array connected to a large battery. It could in fact be cheaper and more efficient and perhaps even have a smaller ecological footprint than trying to lay many kilometers of cable for grid connection.

Batteries are expected to get much cheaper in the next few years. Will this make the off-grid, self-sufficient model accessible to the population at large, in the cities too? Will we all be living the dream?

The great problem with going off-grid as a solution for everyone is that as an individualistic response, it favours not just the better-off, but also those with better rooftop solar access. What do ground-floor apartment residents do? What do people with largely shaded properties do? What can renters do if the landlord won’t cooperate to install solar?

If increasing numbers of consumers abandon the grid altogether, the costs of maintaining the grid infrastructure to remaining properties will be shared between a shrinking number of households, each paying a rising fixed cost to remain connected.

Electricity market analysts have forecast a version of this that they call the “solar death-spiral”. It’s a dystopian vision of what rising power costs and falling battery and PV costs could bring about. Like the growth in private healthcare and the attendant atrophying of the public health system, it’s a fairly plausible outcome of a market system that aspires to user-pays principles. “Living the dream” for some (personal energy freedom, off-grid) might create a nightmare for others.

A further, ecological problem arises from the nature of the off-grid setups that are likely to be installed. Homes will need a greater number of PV panels, and a large capacity battery, to bank enough energy for several cloudy days in a row. This would mean more materials and labour needed for all those batteries and solar panels. That comes at an environmental cost, as with all extractive industries: where are we going to get that much lithium for batteries? How sustainable will the lithium mines be? And so on.

Another question is, could energy storage be achieved with a lower resource demand and environmental impact at larger scale? The ZCA Buildings Plan recommends battery banks – but at substations, not individual houses, to store and share solar output from a whole area.

In short, there is no guarantee that creating off-grid homes en masse will be a more efficient, less polluting or socially just option than maintaining grid connection to most homes. As Beyond Zero Emissions demonstrated with the 2010 Stationary Energy Plan, large-scale renewable generators (solar-thermal and wind) distributed across a wide geographical area can efficiently iron out a lot of the unevenness in production from localised solar and wind power (cloudy days and so on). Recent studies from UNSW and the Australian Energy Market Operator have confirmed and added to BZE’s original insights.

Long-held dreams of going off-grid will probably remain appealing as long as the large energy utilities are run to maximise profit for their private owners, and as long as they source their electricity from dirty old coal and gas. But the appeal of a simple solution, going off-grid, has hidden complications.

But BZE’s research has shown that common-sense energy efficiency combined with rooftop solar power can turn our homes into net renewable energy generators, and remove most of our bills (including all of the gas bill, when we go gas-free).

The drop in electricity demand caused by energy efficiency and rooftop PV uptake is already causing consternation among energy utilities. Even without the “solar death-spiral”, their business models are not built to cope with these new forces. So while it may not solve the whole climate or sustainability crisis, what people are able to do at home – including to achieve (relative) energy freedom – is an important part of the solution, and it’s important we get it right together.

2 thoughts on “Energy freedom on or off the grid?”