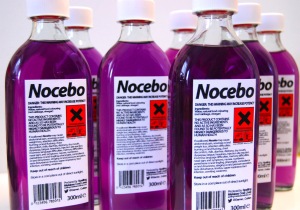 Anti-wind energy activists have shifted the goal posts over the years, with aesthetic, birdlife, carbon abatement and even economic issues getting a run. But by far the most cutting attack has been around noise, and the supposed health impacts that result.

There is no question that wind turbines create sound, and that in some circumstances this sound can be heard at nearby residences. Rigorous noise standards are designed to give a reasonable level of protection against sleep disturbance, taking into account the location of turbines, the model, and existing background noise. This approach is not unusual, and similar standards are applied to a range of man-made noise sources, from pubs to freeways.

While this is good enough for most people, some still find the residual noise levels annoying. At this point, noise level alone isn’t a good predictor of annoyance — personality and existing attitudes tend to dominate. Those residents with a clear view of the turbines tend to find them more annoying, while those receiving an economic benefit are more tolerant . Compounding this, residents with negative-oriented personality traits tend to perceive turbine noise as being louder. At the extreme, I’m aware of at least two wind farms where complaints have been received about excruciating, intolerable levels of noise, only for the resident to be told that the wind farm was shut down at the time.

Just because these factors cannot be quantified with a sound logger does not mean nothing can be done. Community engagement, face-to-face discussion and education go a long way, as does ensuring a lasting community benefit. In some cases landscaping or improved sound insulation can solve the problem. While this undoubtedly affects indoor sound levels in many cases, it also empowers residents with a sense of control over the situation, improving their outlook more generally. Developers are now keenly aware that listening to the local community and sharing the financial benefits is pivotal in getting a wind farm built, and keeping neighbors happy.

That should be the end of the story.

Alas, all manner of health issues (216, at last count) have been attributed to wind farms, even when the wind farm is completely inaudible, located tens of kilometers away, or, as mentioned, not even operating. These physics-defying claims are largely a result of fear mongering around infrasound.

Infrasound is defined as any sound at a frequency of 20Hz or less, and is typically measured on a scale of dBG. It is perhaps the ideal vehicle for a scare campaign — it’s ominous sounding, and most people don’t have a clue what it means. Infrasound has been linked to a number of physiological and anatomical changes, including blood pressure and tissue changes in the heart, brain, lung and liver, as reviewed by Prof. Geoff Leventhall and others. Crucially, however, all of these effects have been observed at extremely high infrasound levels, typically 100dBG or more.

Sarah Laurie, the former South Australian GP who pushes the infrasound-wind-turbine-syndrome wagon, fails to understand this distinction. As Prof. Leventhall has said:

“I am genuinely appalled that Dr Laurie believes that experimental exposure to high levels of Infrasound, around 125dB and higher, is relevant to the low levels of infrasound from wind turbines… .”

Those very few anti-wind activists who have spotted this slight fault in reasoning frequently go to the works of Professor Alec Salt. Salt suggests that the outer hair cells of the guinea pig cochlea may be sensitive to levels of infrasound below the threshold of audibility, at say 65dBG. To claim this is relevant to the bizarre assemblage of diseases attributed to wind farms is a gigantic leap in physiological reasoning, but there’s a much more serious and obvious fault in Salt’s hypothesis — infrasound is ubiquitous in the natural and manmade environment at levels greater than that measured near wind farms. Beaches are particularly strong sources of infrasound. A threshold of 65dBG is so low as to be meaningless. If infrasound at 65dB is harmful, then beaches, air conditioners, cities and traffic must be deadly.

A peer-reviewed critique by Bolin and colleagues weighs up the Salt hypothesis:

No references were made to published compilations of knowledge that indicates that the infrasound to which humans are exposed to by wind turbines is moderate and not higher than what many people are exposed to daily, in the subway and buses or at the workplace …. It is therefore hard to see that Salt and Hullars’ results are relevant for risk assessment of wind turbine noise in particular.

In summary, there’s no evidence to show that the infrasound produced by modern wind turbines is anything but harmless, and not for lack of study. So why is it so frequently and passionately blamed for symptoms?

A study recently published by Crichton and colleagues in the journal Health Psychology explains the phenomenon. Fifty-four participants were shown a series of videos that gave either (a) expert accounts explaining that the infrasound from wind turbines would not cause symptoms, or (b) first person accounts of symptomatic experiences attributed to wind farms.

The participants were then exposed to either low-level infrasound, or a sham condition where they were told they were being exposed to infrasound when none was present. This is termed a provocation study. They were then asked to rate their experience of a range of symptoms. Sure enough, those that were primed to expect the worst reported more symptoms, with the presence of infrasound having no effect one way or another.

This is a textbook example of the nocebo effect. If you believe something bad is going to happen, then chances are your brain will make it happen.

This should come as no surprise. While the nocebo effect is ethically challenging to study, there is still a sizeable literature on the subject. Placebo controlled drug trials, ironically, provide abundant evidence of this effect. In drug trials where patients are receiving placebos (that is, innocuous sugar pills) roughly a quarter report side-effects, the most common being headache, weakness, dizziness, nausea, fatigue and difficulty concentrating. Oddly enough, these generalized symptoms are also commonly reported in wind turbine syndrome.

And then there are the analogous studies looking at electromagnetic radiation (EMR), such as that produced by mobile phone handsets and base stations. Like infrasound, EMR is generally imperceptible (unless you’re sitting inside a microwave), and provided certain standards are adhered to, can be reasonably treated as safe. A provocation study published in the British Medical Journal showed that symptoms can be induced in those who believe they are sensitive to EMR simply by being told that EMR is present – whether it was there or not made no difference. Another study, similar to that undertaken by Crichton and colleagues, was able to increase symptom reporting in subjects by showing them television segments about adverse health effects attributed to WiFi. Such phenomena extend beyond the lab. A field study published in 2010 looked at sleep quality among ten German villages where temporary mobile phone base stations had been erected. Those who expressed concerns about the health effects of the base stations tended to have poorer sleep quality. Again, whether the tower was operating or not made no difference.

These are just a handful of examples; given the right context, nocebos have been shown to bring about everything from erectile dysfunction to asthma attacks.

The nocebo effect can bring about symptoms in two ways. First, it may cause the misattribution of existing common symptoms to an unrelated external factor. A majority of Australians, for instance, already report disturbed sleep, and 3.1 million of us have high blood pressure. This can have serious consequences – if sufferers are fixated on wind turbines, they may neglect to treat any actual underlying diseases. A second mechanism may be through anxiety and stress, both of which can make an otherwise innocuous stimulus unbearable, and reduce the capacity to cope with it. The root cause is not the stimulus, rather the anxiety induced through negative anecdotes, media reports, or someone in a white coat telling you that the stimulus will be painful.

The nocebo effect isn’t a matter is being gullible, a hypochondriac, malingering or trying to mislead anyone. Everyone is vulnerable to nocebos, and placebos, to some extent. Nonetheless, it creates a very difficult situation. Many who believe they are experiencing wind turbine syndrome have latched onto the infrasound red herring so strongly that to suddenly change face and accept an alternative explanation is unthinkable. An outstanding problem for researchers, health agencies and wind farm operators is working out how to provide such people with satisfactory answers, grounded in scientific reality, while preserving their dignity.

The implications of the nocebo effect on public discourse are extremely serious. The anecdotal evidence put forth by anti-wind activists is of insufficient quality to influence the scientific and medical community, so they have instead turned directly to the public, touting their findings in blogs, newspaper letters and town meetings across Australia. Presented without context or peer review, these findings are taken at face value, and create immense community anxiety. In some cases, the very mention of wind energy is enough to precipitate symptoms, long before a single turbine is ever installed.

When the nocebo effect is put forward as an explanation for wind turbine syndrome, proponents of this faux disease inevitably claim ”victim blaming”. This is a perverse and dishonest accusation. Those who ascribe symptoms to wind turbines are not to blame. Those politicians, activists and media figures who irresponsibly tout half-baked anecdotes and pseudoscience, however, should be held to account for the harm they cause. There is a legitimate need for further study to allay community concerns, and to report on the debate. But there is no place for propaganda and scare campaigns.

Dr David Perry holds degrees in behavioural neuroscience and electrical engineering, and a PhD in auditory neuroscience from The University of Melbourne. He is a volunteer director of Hepburn Wind. The views expressed here are personal.

2 thoughts on “The nocebo effect, and why it’s much more dangerous than wind turbines”