Hydro Tasmania, the firm proposing a wind farm for King Island, has won a national award for community engagement. 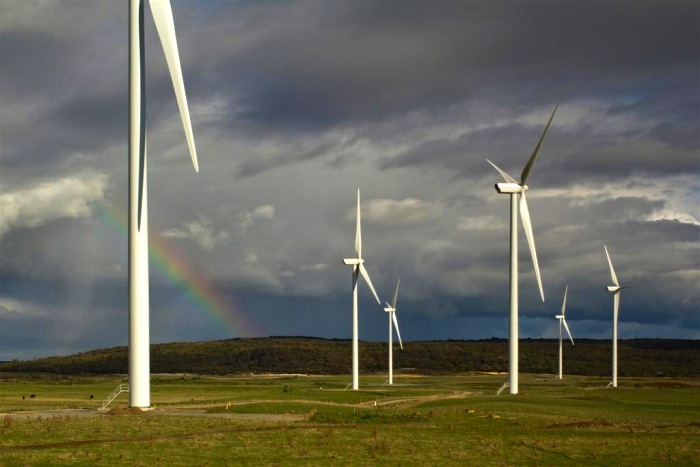 Anti-wind farm campaigners attempted to kill off the proposal before a feasibility study has been conducted. That is, before the community has the information needed to make an informed decision. None of that matters to the anti-wind camp. They have shown willingness to put their own interests ahead of economic development, job creation and action on climate change.

For more on Hydro Tasmania’s Clean Energy Week award, take a look at the following report by Shannon Twomey of The Weekly Times:

Hydro Tasmania won the award for their community engagement on the Musselroe Wind Farm Project in the north east of Tasmania.

The Musselroe Wind Farm is a 56-turbine, 168-megawatt wind farm that provides power to 50,000 homes and prevents the emission of 450,000 tons of greenhouse gas emissions.

Project director Andrew Hickman said from the start Hydro Tasmania have worked closely with communities in the area.

“Many members of the project team have lived and worked in the north east region over the entire construction period and have become a real part of that community,” Mr Hickman said.

“Hydro Tasmania have engaged with local schools, tourists bodies, indigenous elders and business groups to build the relationships that have resulted in genuine community ownership of this project.”

Hydro Tasmania are currently working on another wind farm development, the TasWind Project, on King Island.

The TasWind project is a 200-turbine, 600-megawatt wind farm, which if constructed, will be the largest wind farm in the southern hemisphere.

Mr Ewbank said on King Island there had been a great deal of anti-wind activist behavior which had caused the community engagement by Hydro Tasmania to be undermined.

“What I have seen or observed from time to time is that anti-wind campaigns create concern in the community,” Mr Ewbank said.

“When the campaign doesn’t come to town, projects do gain a lot of support and have a more smooth development process.

“The anti-wind campaign on King Island is putting at risk a lot of jobs and investment that will be crucial for the island and its economy.”

Hydro Tasmania could be facing legal action from the No TasWind Farm Group, a group of King Island residents who do not want the TasWind project to go ahead.

Hydro Tasmania originally stated that 60 per cent of the King Island community would need to vote yes to the feasibility stage of the TasWind Project for it to proceed.

After conducting a vote last month 58.7 per cent of the community voted yes to the feasibility stage but the company decided this figure was close enough.

King Island farmer and No TasWind group member James Walker is expected to seek an injunction restraining Hydro Tasmania from undertaking any further work relating to the TasWind project.

His solicitor is working on the legal principle of estoppel which will argue that Hydro Tasmania had led locals to believe it would abandon the project if it achieved less than 60 per cent support in a ballot of islanders.