By Dr Jenny Riesz, Principal Energy Market Analyst with Riesz Consulting, and a researcher with the Centre for Energy and Environmental Markets at the University of NSW 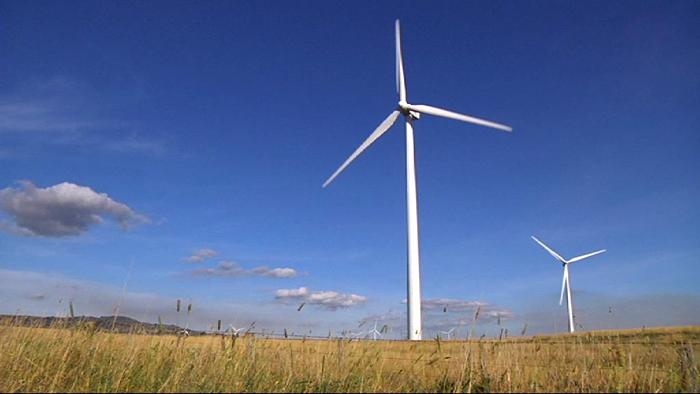 The terminology of wind generation being described as ‘intermittent’ has become pervasive.  However, based upon the actual characteristics of how wind varies over time this is a misleading description, and the language matters.

In normal usage, the term ‘intermittent’ is usually used to refer to things that suddenly switch on and off, with a ‘flickering’ characteristic. When people think of intermittency, they think of things cutting in and out, being there and then suddenly not there.

This is not at all a good description of how wind generation varies over time. Even a single wind turbine will have some degree of physical inertia, meaning that in usual operation it doesn’t suddenly cut in and out (with the exception of high speed cut outs in some designs). This is then aggregated over the whole wind farm with many turbines, such that the total wind farm output will show a much more gentle variability over time. When this is then aggregated over the whole power system, summing the output of many wind farms, geographical diversity means that the total wind output supplied to the system shows something that varies gradually hour to hour, rather than cutting in and out in seconds.

The pervasive use of the term ‘intermittent’ to describe wind generation is perhaps a part of the reason why the general public is so susceptible to the idea that wind generation can’t provide reliable power. How can you possibly rely on something that cuts in and out all the time? How could other power stations possibly cope with the extreme ramp rates required to match against that?

Researchers at the National Renewable Energy Laboratory (NREL), based in Colorado in the USA, have proposed an alternative term that they believe better describes the characteristics of wind.  They propose using the term ‘variable generation’. This accurately describes the changing nature of wind generation over time, but avoids the association with rapid flickering. NREL has adopted this terminology in most of their literature on integration of wind and solar PV into power systems.  Perhaps this can help with the challenges of describing complex topics such as power system reliability to a general audience. 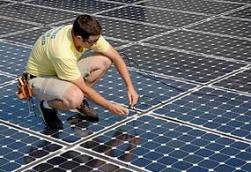 Solar photovoltaic generators could perhaps be described as intermittent, because the generation from a small solar field can rise and fall very rapidly from almost nothing to almost full capacity, particularly on days with sporadic cloud cover passing over the panels. However, as solar installations become larger this effect will be dampened – a 100 MW solar PV farm would cover anywhere from one to five square kilometres (depending upon the packing density), which is an area that would take some time for a cloud to cover, slowing the rate of power change over time.

Furthermore, at a system level geographic smoothing means that the aggregated output from solar PV will be nowhere like ‘intermittent’.  So here, too, the term ‘variable’ is a better description of output characteristics in most cases.

One thought on “Wind isn’t intermittent”