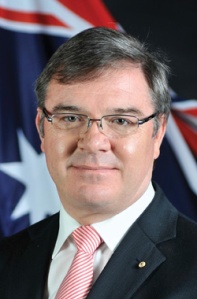 Prime Minister Julia Gillard has announced Gary Gray as Australia’s new Minister for Resources and Energy, who will oversee the conflicting portfolios of energy and resources under one roof.

The new minister should clarify his approach to climate change. While he now says he regrets his early statements that climate change was ‘‘pop science”, he should declare his position by stating that the bulk of scientific evidence indicates that burning of fossil fuels will lead to significant warming of the globe.

Yes 2 Renewables encourage the Minister to move on from Martin Ferguson’s legacy by putting ideology aside, and look at renewable energy objectively. A report by Bloomberg New Energy Finance shows wind power is now the cheapest form of new-build electricity generation in Australia.

Wind energy can keep a lid on electricity prices. Mr Gray’s success in the energy portfolio will be judged on whether he accelerates the rollout of renewable energy projects, such as wind farms and large scale solar.

We encourage the new energy minister Gary Gray to take an interest in the emerging dissonance between federal and state energy policies.

We urge Minister Gray to take on recalcitrant states such as Victoria. Premier Napthine’s anti-wind farm laws ban wind energy in large swathes of the state. These laws increase the costs of meeting the national Renewable Energy Target.

One thought on “Cabinet reshuffle a missed opportunity to split energy, resources portfolios”